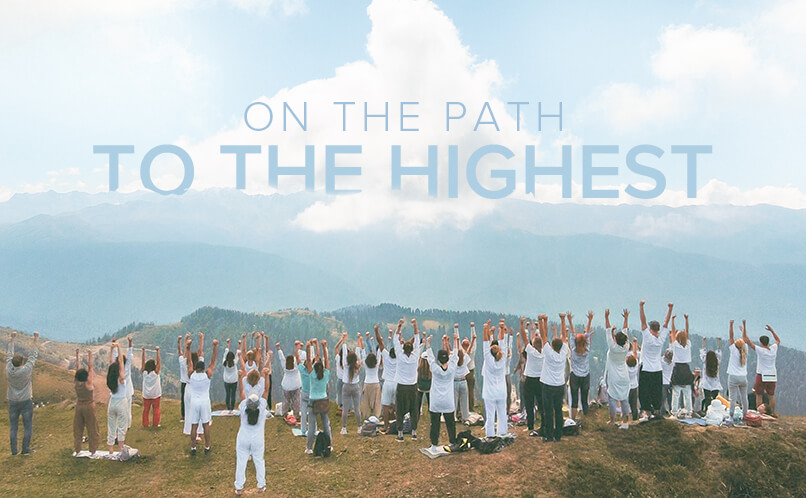 On the Path to the Highest - Documentary 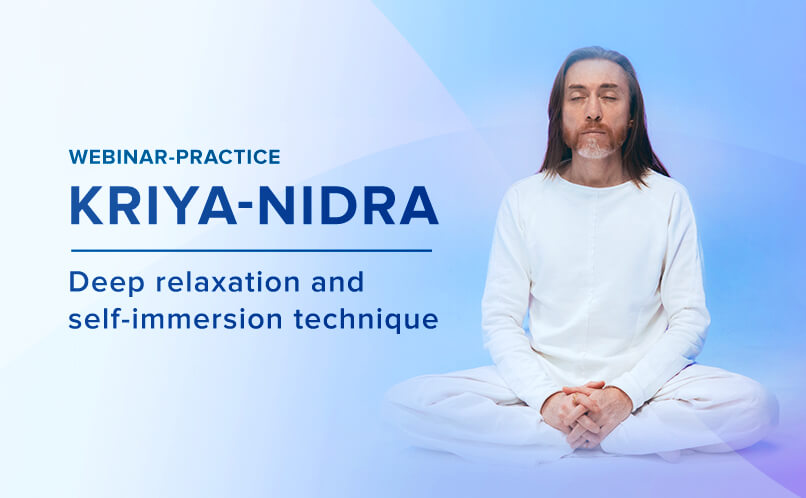 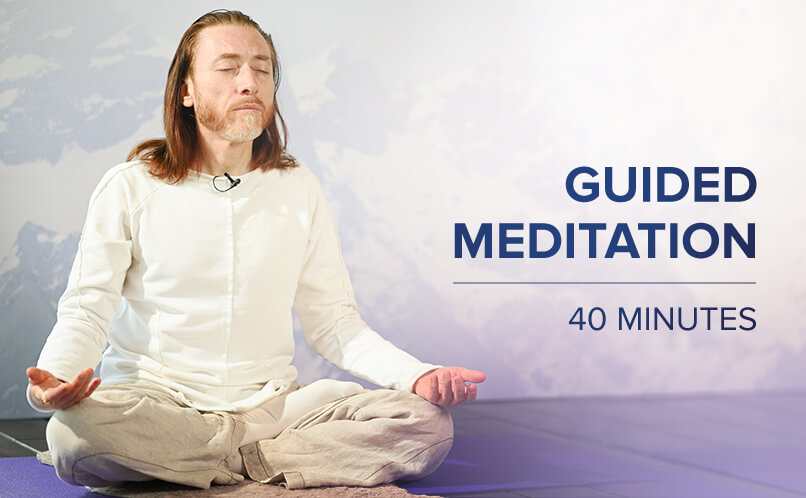 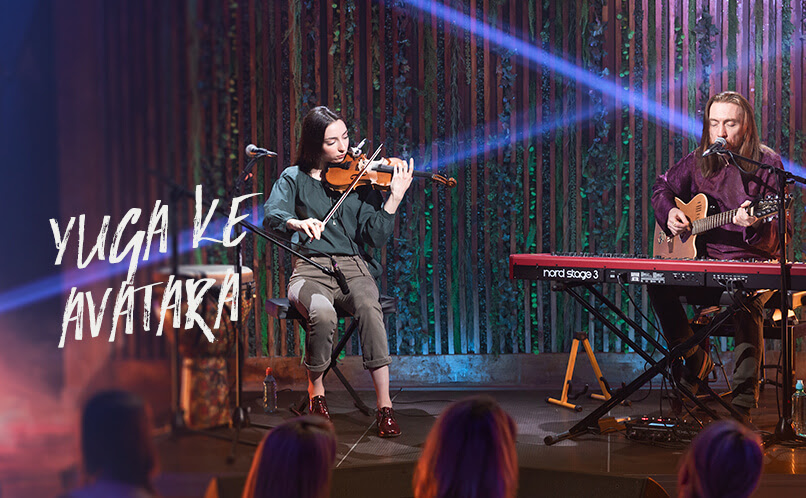 In truth, Kriya is the greatest way
to approach the Infinite… Very little is known about Babaji’s life. The Western world only learned of His existence after the publication of the famous book Autobiography of a Yogi, in 1946.

Its author, Paramahansa Yogananda, says that Mahavatar Babaji leads a solitary life in the Himalayas. Yogananda also notes, “Even the most mundane facts concerning Babaji’s family and place of birth — something that is so dear to the heart of the chroniclers — are not known to anyone…

This solitary Master has maintained his physical body for several millennia.”

Mahavatar Babaji materialised His immortal body and gave the holy blessing (initiation) to Imram into Kriya in 2002, when Imram was in asceticism in the Caucasus Mountains. In 2003, Bhagavan Sri Sathya Sai Baba conferred on Imram shaktipat (Sanskrit: transfer of shakti or Divine energy) — the transfer of power, spiritual energy and personal Experience, kundalini energy from the Avatar to his chosen one…

With Sri Sathya Sai Baba’s blessing, Imram himself has initiated tens of thousands of people over the years. “Babaji has his own disciples, whom He leads for several lifetimes, many lifetimes, because Babaji is the eternal presence of the Creator in various forms.

Some holy Masters and disciples of Babaji have already reached the state of Unity. If we are talking about realised Masters, then I declare that a realised Master is One whose consciousness has reached unity with the Cosmic Consciousness. One who has perceived oneself as the Higher Self — Atma — only such a Master is considered to be realised!

People tend to have a lot of opinions. For many people, realisation is when a person possesses superpowers or extensive knowledge, plus many other things. But there are saints who do not know much, yet are holy men. When we speak of true realisation, it is the awareness of Truth within oneself, the face-to-face encounter with the Higher Self.” Therefore, Mahavatar Babaji is the High Being Who has been incarnated many times, in various forms, in Masters and Teachers… For example, the well-known Babaji Nagaraj, Haidakhan Babaji, Goraksha or Gorakhnath… They all possess a very high Essence. There are also two immortal Mahasiddhas, Teachers who provided holy initiation into Kriya Dhyana Yoga and Kriya Kundalini – Bogarnath and Agastyar (Agastya Muni)

Parampara (lineage), which consists of Babaji – Lahiri Mahasaya – Yukteswar Giri – Yoganandaji, is what the world knows from the book Autobiography of a Yogi. “Mahavatar Babaji has his own disciples, to whom He personally appears and initiates directly… for personal realisation and work in the world… Thus it happened to me, in this incarnation, with this entity,” (from the words of Imram Giriji)

There were two later, amazing encounters with Babaji in different bodies.

And every person moving along the spiritual line, on the Path of evolution, dreams of meeting a high Teacher and receiving what is known as the Holy Blessing, but only the Teacher decides when he will come.

The immortal Babaji, residing in the divine “body of golden light” (divya-deha), revealed His Presence and gave the Holy Blessing to Master Imram Giri, initiating him into the Science of Kriya Yoga.

Shyama Charan Dev Sarman Lahiri Mahasaya and Swami Sri Yukteswar Giriji came to see Master Imram personally. Lahiri Mahasaya said himself that Imram should learn from Him… it was a blessing from Above!

“Speaking of a parampara, I am outside of one… I was initiated into Kriya by Mahavatar Babaji and into Sai Kriya Kundalini by Sathya Sai Baba. Therefore, I do not have a parampara as such, which implies a line from Teacher to student, in this life,” (from the words of Imram Giriji)

There is also information from very serious sources that Master Imram is an incarnation of a Tibetan man, and he was a Himalayan Mahatma in the last incarnation, engaged in the tradition of Himalayan masters who were Mystics. This is apparently why he met the 14th Dalai Lama in person several times and Karmapa Buddha, who recognised him and gave his Blessing to this incarnation…

In this incarnation, Master Imram Giri is also initiated into the mystical branch of Kagyu Buddhism. He maintains the tradition, is if continuing the past life… His name is Sonam Dorje.

Master Imram says that he came to this life for the final Liberation and to serve the world (work in the world).

“I understand that I have no earthly teachers in this life, except Sathya Sai Baba and Mahavatar Babaji.” (Master’s words)

“Poorna Avatar Bhagavan Sri Sathya Sai Baba said, “Why do you cling to the energies of the human saints? No one can give you more than the Avatar!”

Mahavatar Babaji gave me a blessing into Kriya, in response to my prayers and devotion to the practice, and this is a great fortune and kindness from Above!

I wish that everyone could experience the feeling and state that arises when such Great Incarnations appear. You can’t even name them, because they are the Creator Himself! He comes and then we can see and feel His presence with our whole soul, with every ‘lifetron’ of the bodily temple. This is the great Kindness of the Supreme!

Sathya Sai Babaji is One and there are no separations! There is one crown even if the heads are different… Therefore, I never separate Mahavatar Babaji and Purna Avatar Sathya Sai Baba, for me they are One! Thus did the One let me know Him…”

Interview With the Master About Meeting Mahavatar Babaji